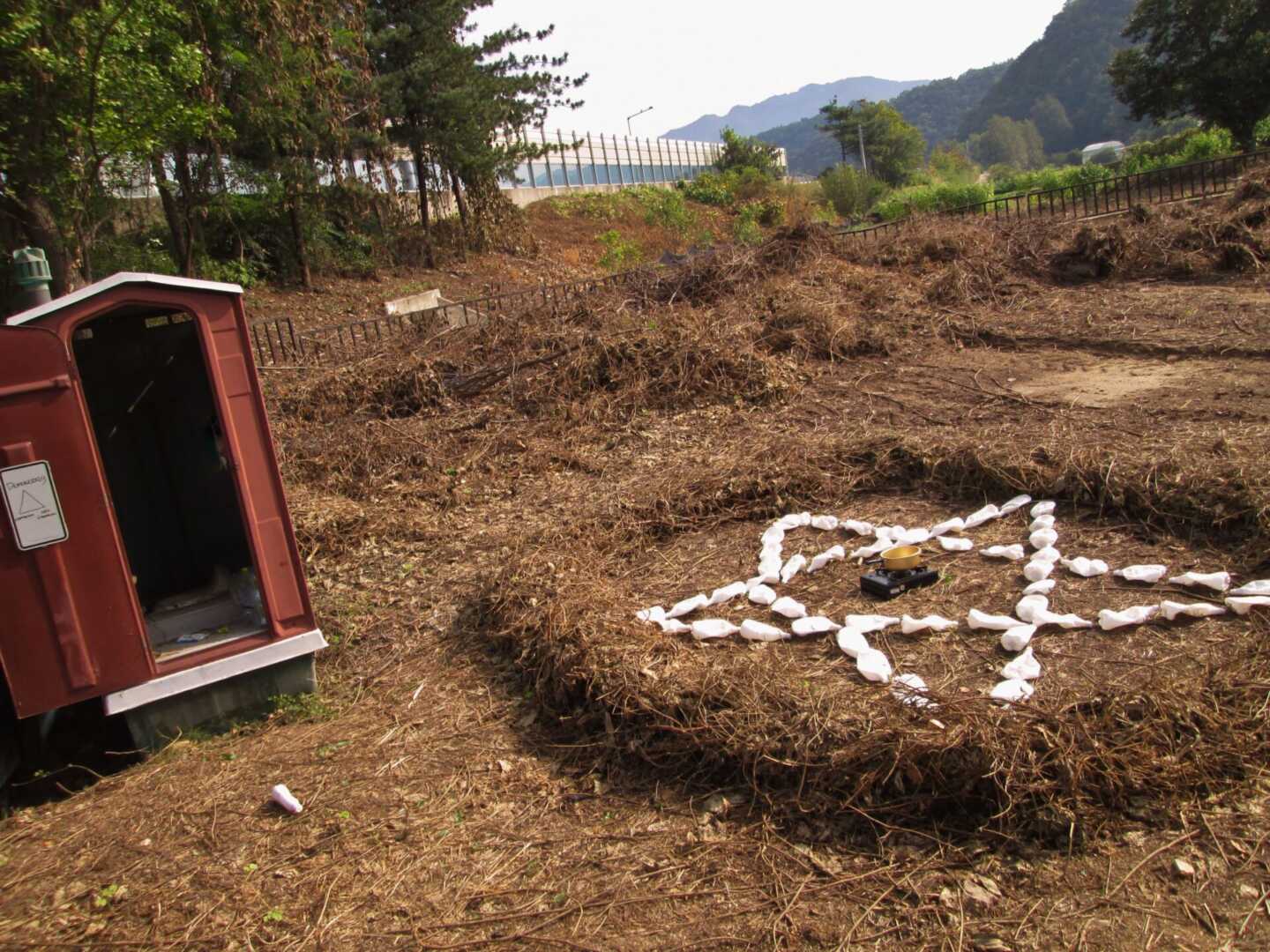 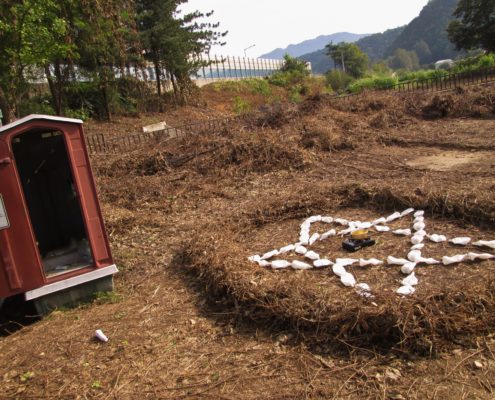 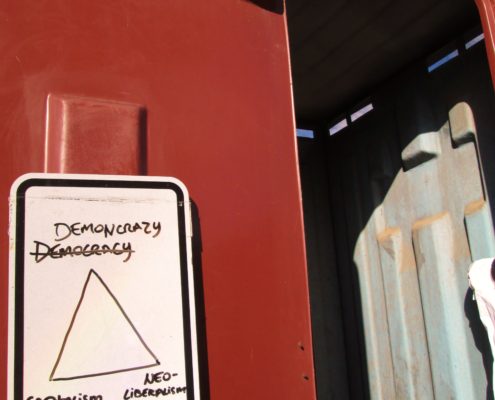 Mirroring the discomfort, suffocation and weirdness, inherent to the chemical toilet, with the political and economic crisis that Brazil is now facing, the artist questions our democracy that is beared it in a neoliberalism and capitalism politics. 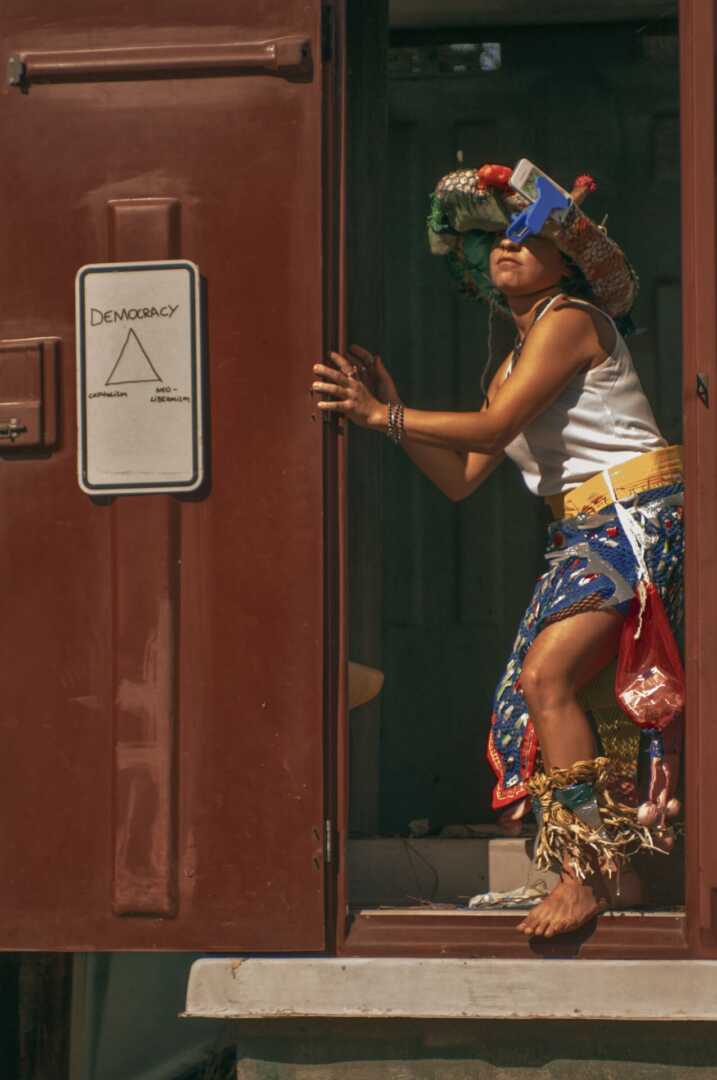 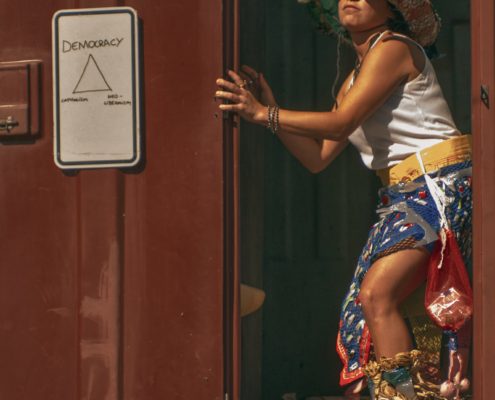 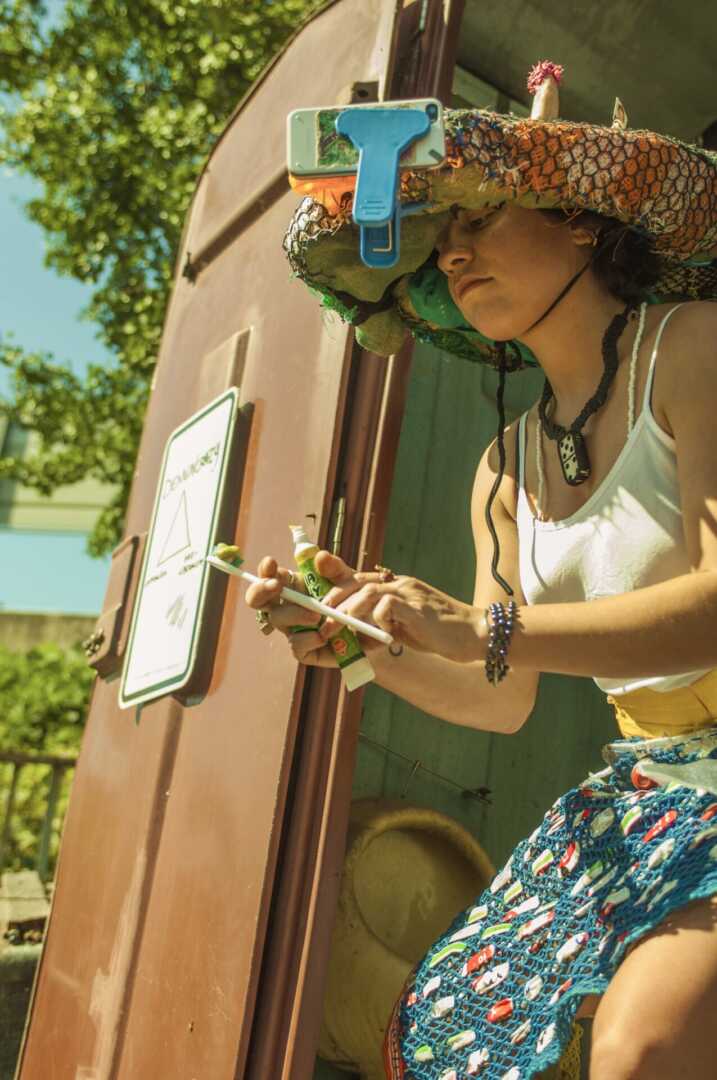 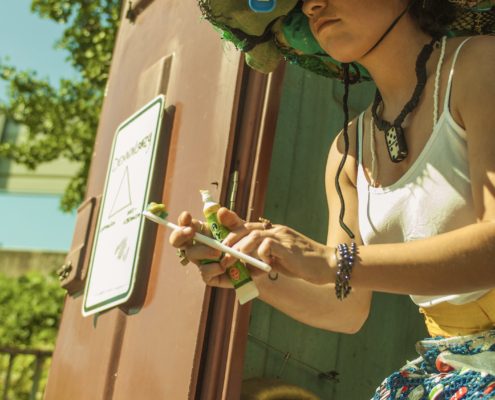 Suggesting the change of this type of government, LAURA _ AkiÓ-> appropriates the symbolic aspect of some elements,

LAURA_AkiÓ-> (re) creates her own daily ritual, aiming to express from the act of the performance, the bitterness, displeasure and madness of our democracy – Demoncrazy.

By the appropriation of the symbolic aspect of some elements, such as:

Pentagram – related to the Hermetic philosophy;

Straw broom – which in western culture is associated with pagan rituals and in Korean culture to the mythological figure of Dokkaebi;

Makgeolli- traditional South Korean drink, which is used to worship the spirits of the gods in the practices of Korean shamanism. 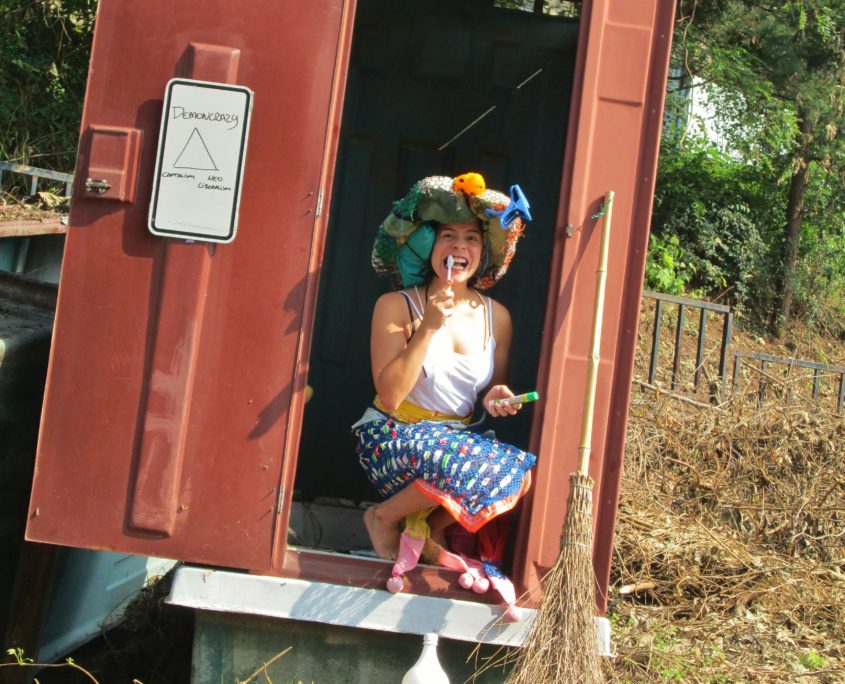 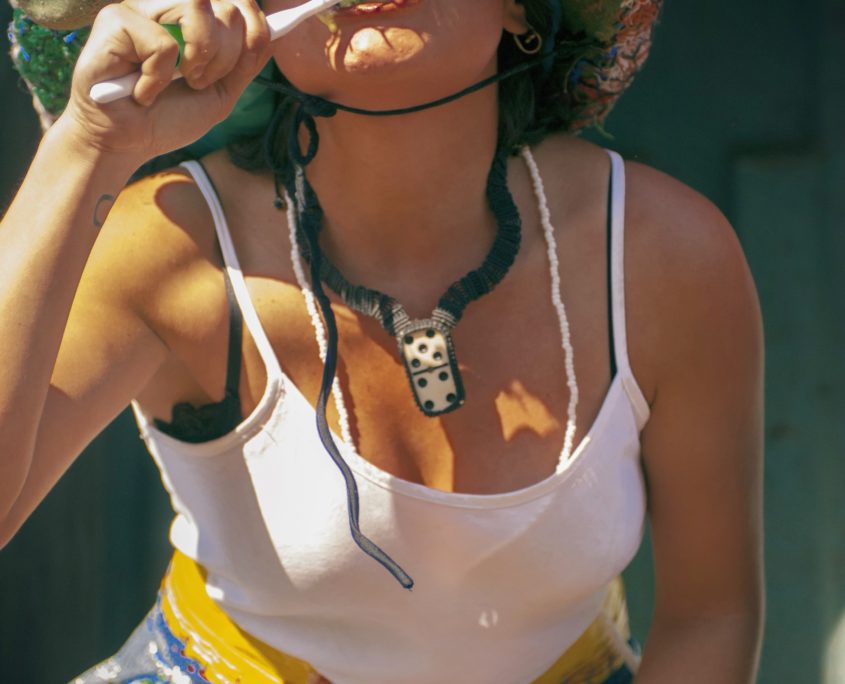 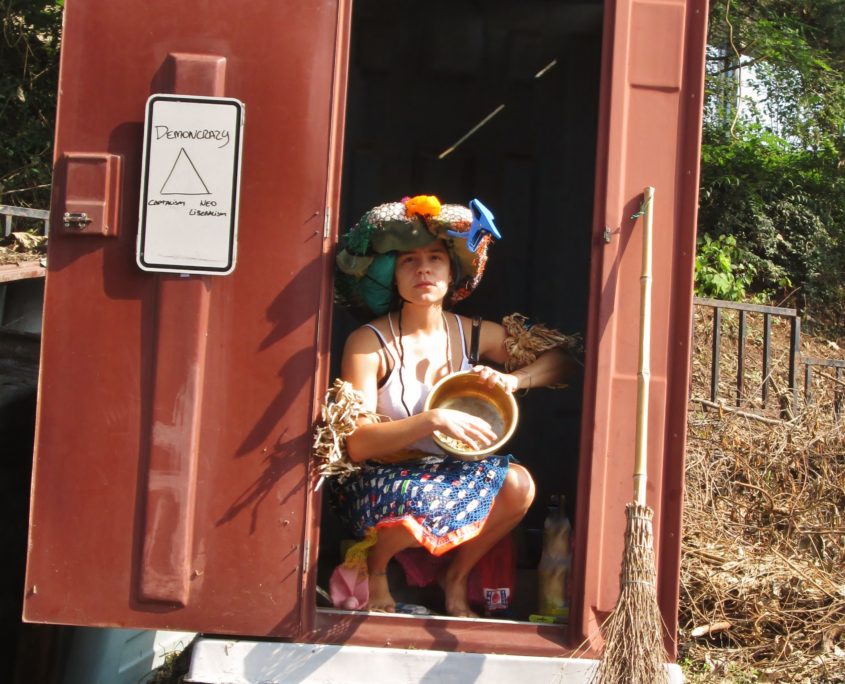 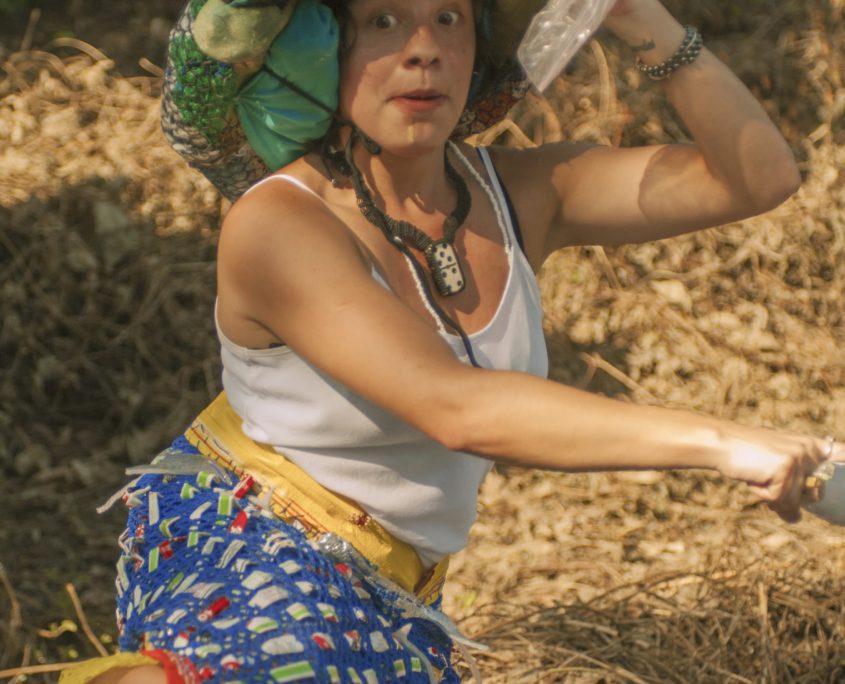 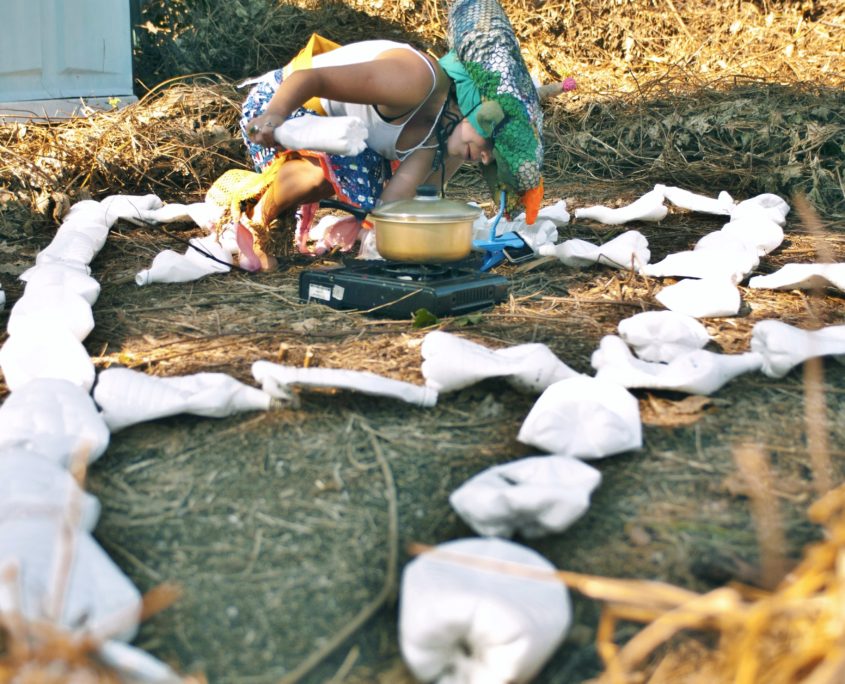 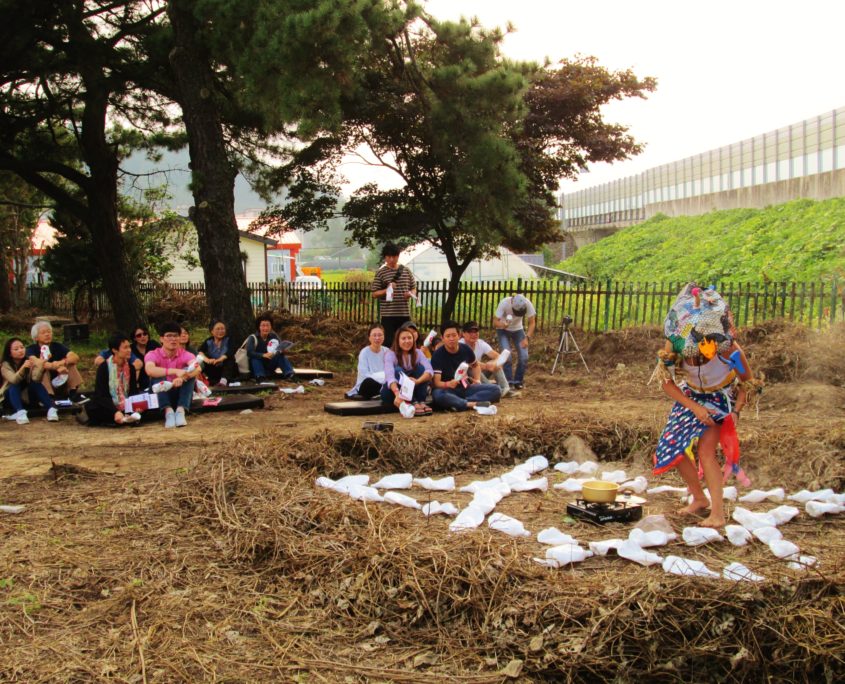 LAURA_AkiÓ-> seeks to renew the symbolic aspect of these ancient sacred elements, which ends up giving them new meanings, as with the traditional South Korean Makgeolli drink.

In its performance the drink becomes the Holly Makgeolli, an analogy to water in the Christian religion, which represents the redemption of the world, of life, of continuity, and of resurrection.

Makgeolli to heal <-> Popcorn to transform

Creating their own ritual, LAURA_AkiÓ-> propose the transformation: 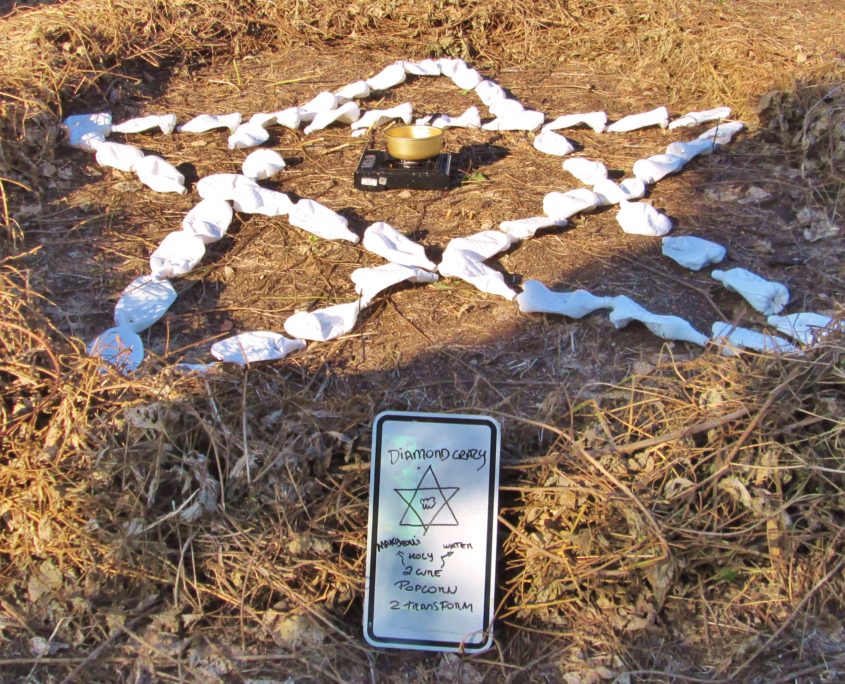 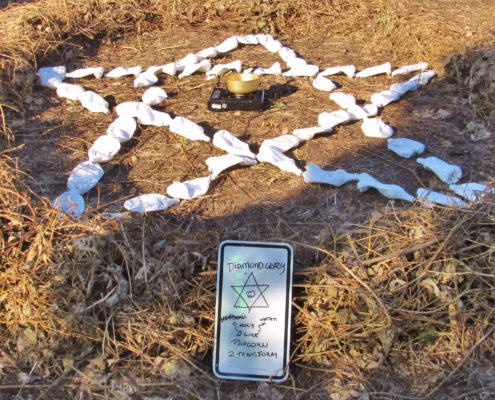 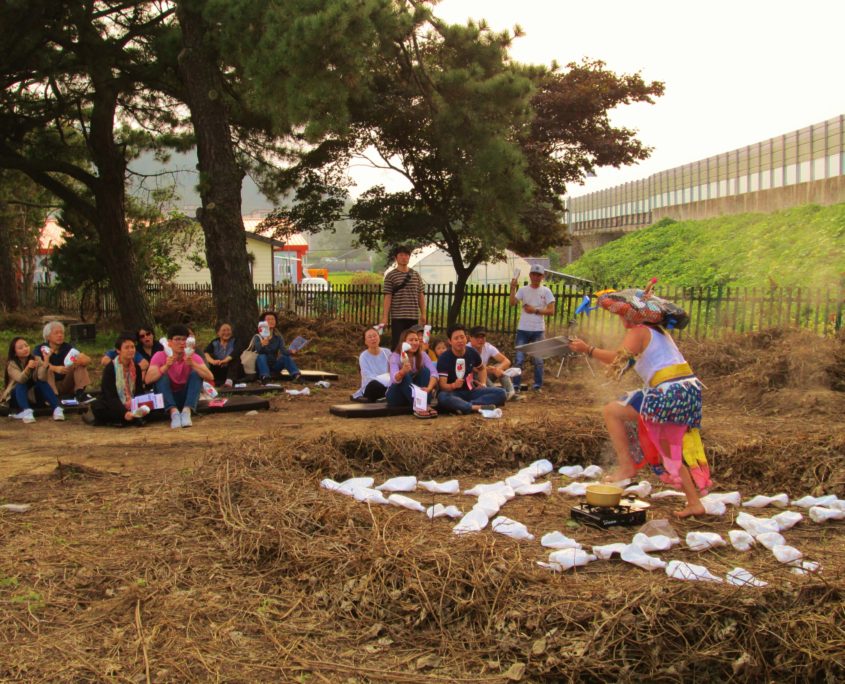 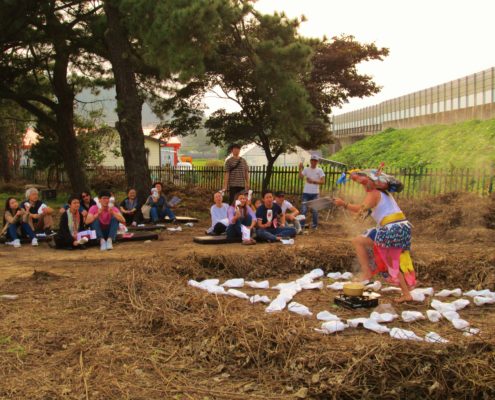 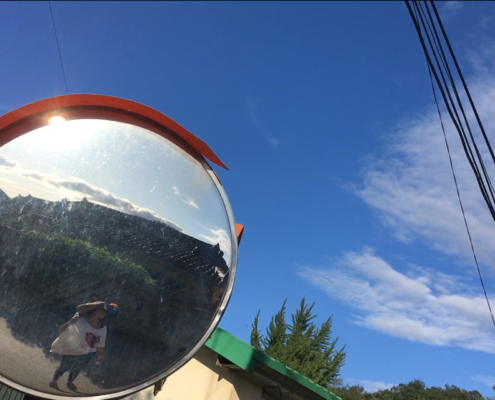 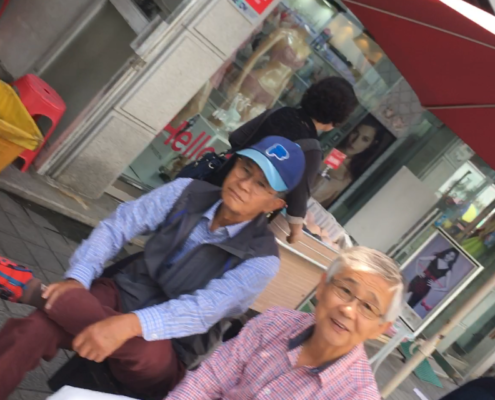 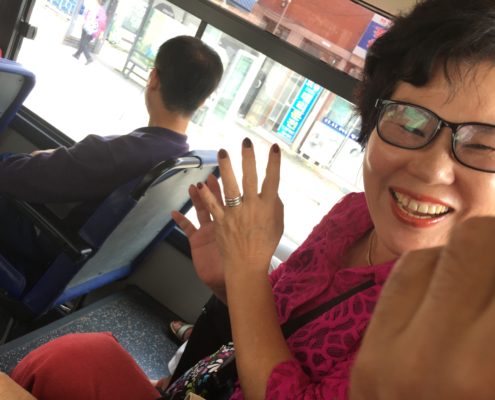 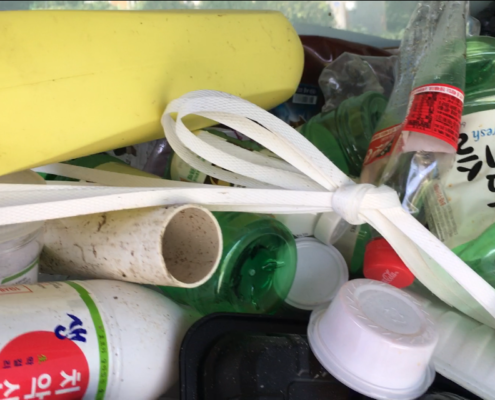 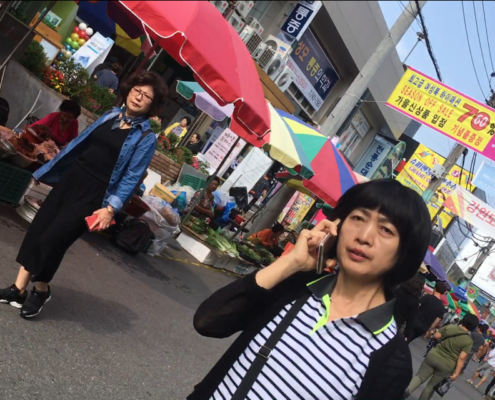 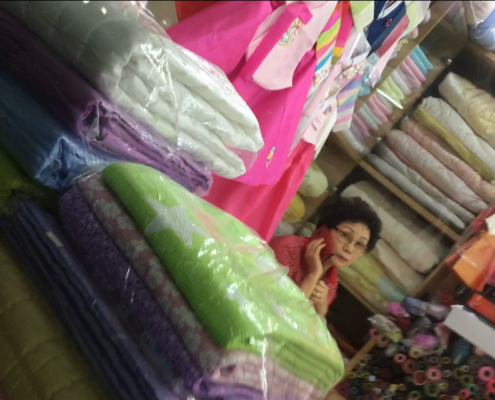 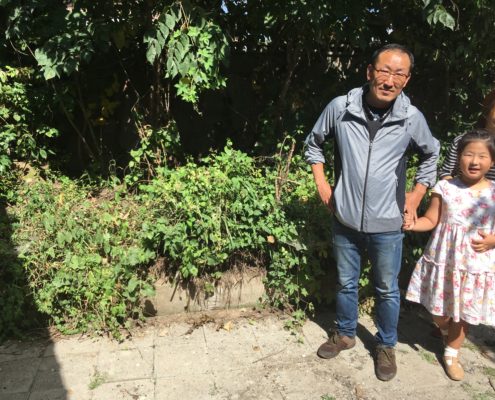 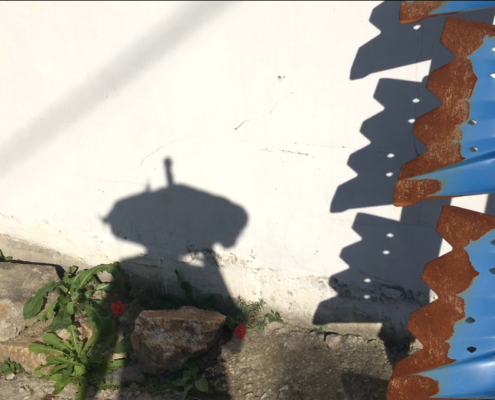 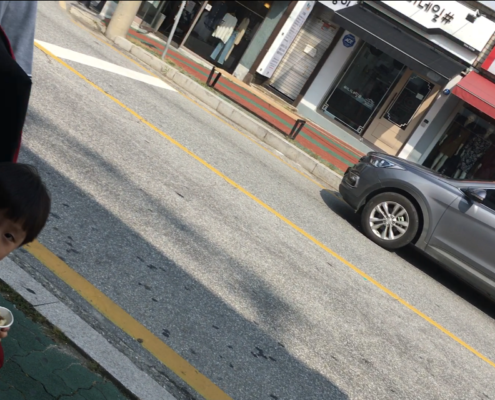 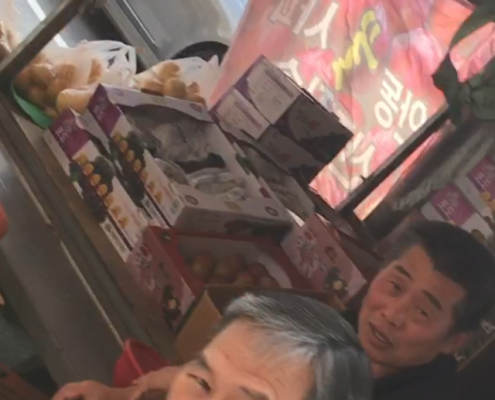 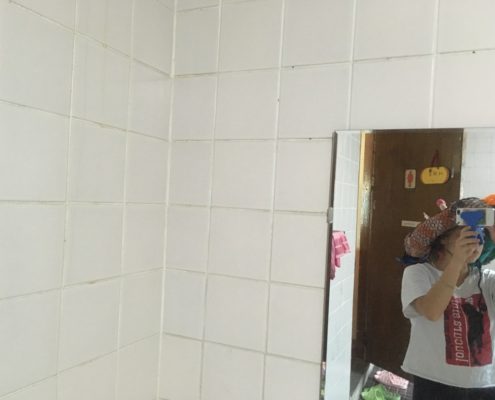 The displacement of the figure, between Hooyong arts Center, (residency) and the city streets, to search Makgeolli bottles discarded by the inhabitants of Wonju city, was filmed by the artist.

She inveted a system that resembles the records obtained by a Gopro camera. This filming system is attached in her hat. The artist recorded not only the discarded bottles searching, but also the reaction and the relation of the pedestrians when they came across her figure. This action, ends up assuming a performative character, which from the records, shows us reactions characterized by scared, happy, doubtful and amazed glances of people passing by LAURA_ AkiÓ->.