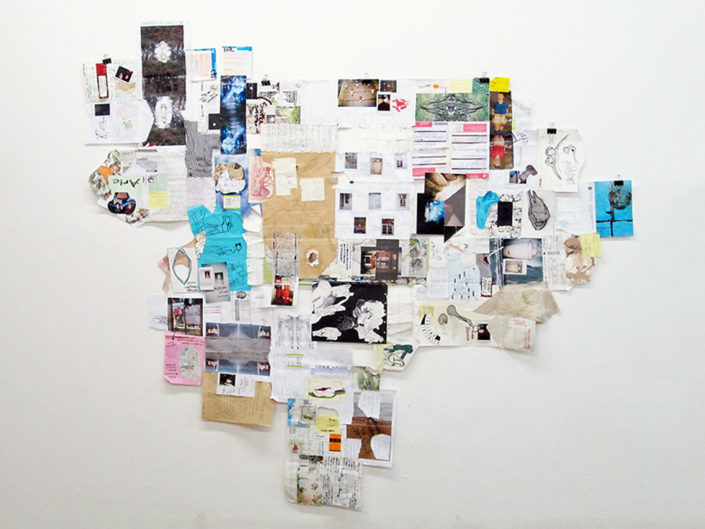 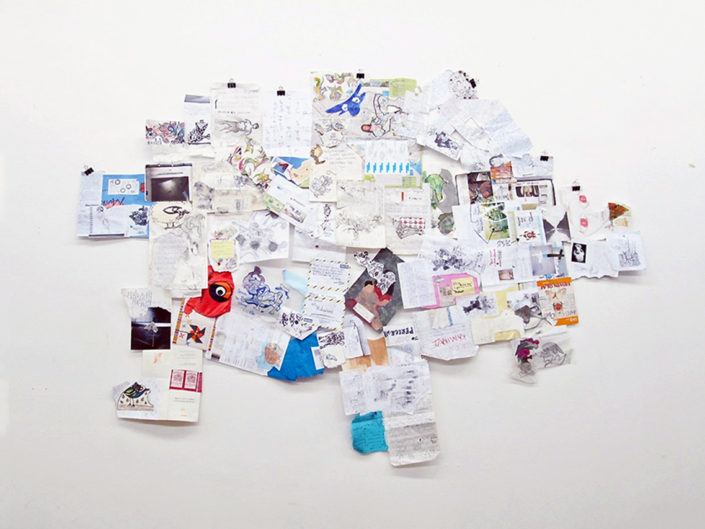 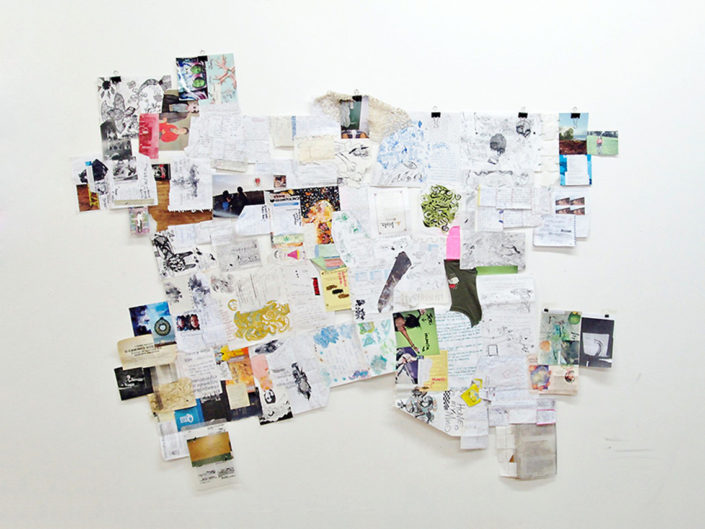 Time only has space

Sewing on paper and fabric (physical fragments which refer to a particular memory.)

“Time only has space”, addresses the complex and singular relationship of man with time and space.

The work starts from the sewing of physical fragments that refer to a particular memory, to discuss the idea of ​​memory as the consciousness of the juxtaposition between time and space and the idea of nostalgia as the idealization of a “time” or space “Timeless”.

In “Time has only space”,  the time that was once lived together with their respective physical memories, become the space of  the plastic creation, where memory and nostalgia are symbolically sewn.

Creating through the seam, a kind of conceptual map, the series refers to my route on the time spent and the time of creation of the work. A constellation, a cartography,  was made, ordered by limits of affectivity.

“The being, which may not be a series of psychic events, can not be mild. It remains temporal, not by any chance of the human constitution, but because of an inner necessity. ” MERLEAU, Ponty, Maurice. Phenomenology of perception.